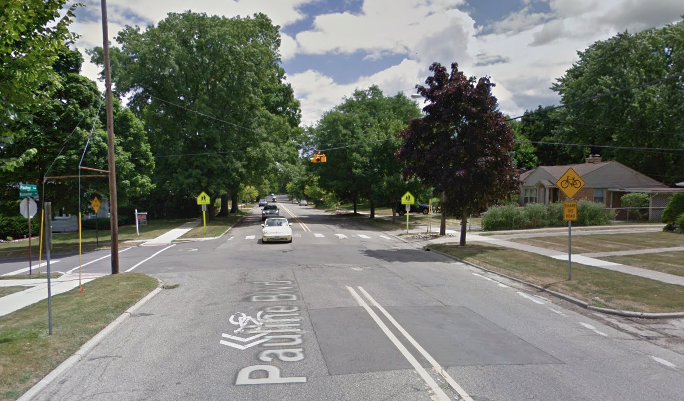 WE NEED BIKE FOLKS!
Pauline Blvd Public Meeting
Thursday, October 12th, 2017
6-8pm @ Slauson Middle School
Bicycle Alliance partners will Bike Train from Kerrytown Market starting at 5:15pm.
PEOPLE BEFORE PARKING!
The City of Ann Arbor is in the final planning stages for a construction and resurfacing project on Pauline Boulevard, from East Stadium to Seventh, scheduled for Spring 2018. The stakes are incredibly high as to whether or not three key blocks of Pauline will see bike lanes. The original City plan recommended parking over bikes. Rumor has it, the City is now considering bike lanes. Either way, cyclists need to show up in force. We need cyclists attending the meeting to demand that the City prioritizes bicycle infrastructure to create a viable network. The Bicycle Alliance sees this as a pivotal moment in setting precedent for future projects in the City of Ann Arbor. We need your help.
UPDATE: 10/9/2017
CONFIRMED
The Pauline draft plan sent to MDOT included bike lanes! This is good news and a sign that we've already made some progress.  We still very much need the bicycle community to turn out in large numbers. If the voices for parking win Thursday night, those bike lanes won't make the final plan. You can catch up on past developments for background and context below, as well as what a truly bicycle friendly community might consider along this corridor. See you Thursday!
--Bicycle Alliance of Washtenaw

The City recommendation was for no bike lanes and parking instead, on that section. We had to request to see the potential for an alternative, with bike lanes and parking removed on one side.... I have to question why the City came together with a recommendation to keep the parking, when the Non-Motorized Plan seems to indicate just the opposite."   --Bradley Parsons, Ann Arbor Transportation Commission Meeting, 9/13/17

The area we're talking about on Pauline Boulevard is an admittedly small stretch, three blocks in all, but it's an incredibly important one. The draft plan above shows a small portion of that plan, near Pauline and S. Seventh, but you get the idea. There would be parking on both sides of Pauline, shared lane markings in the roadway, and a speed limit of 30 mph. The plan above is, essentially, to tear up the roadway and return it to its current configuration. There is a very real possibility that this is what Pauline will look like, and what we will bicycle on, for years to come.
Below is the alternative plan at the same intersection that includes bike lanes. It would remove parking on one side of Pauline, have room for a 5 foot bike lane on each side, be a continuous bike lane from near Stadium all the way to Seventh, and would have virtually no impact on vehicle travel lanes. This vision of Pauline is very much at risk unless cyclists demand it at the upcoming October 12th meeting.

Right now we're fighting for the most rudimentary of bicycle infrastructure along this corridor. There is no discussion of Green Bike Boxes, Two-Stage Turn Queues, or Buffered Bike Lanes; all facilities common in other bicycle friendly cities and detailed in the National Association of City Transportation Officials' (NACTO) "Urban Bikeway Design Guide." We've got to come together to change the current paradigm in Ann Arbor. 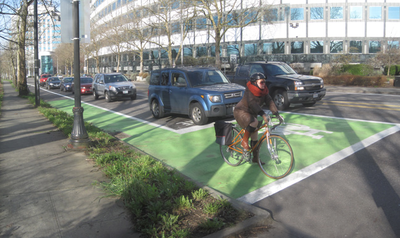 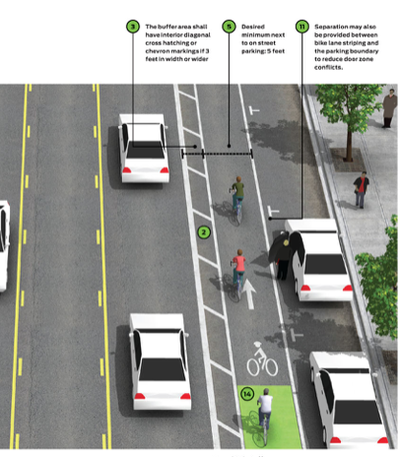 We indicated above that Pauline is an incredibly important stretch in Ann Arbor's Bicycle Network, and it is. This section, according to People for Bikes'  Bicycle Network Analysis, is a High Stress corridor. Strava Heatmaps shows that this section of Pauline is the only option for a low-stress corridor as there is no viable neighborhood alternative. Likewise, the Ann Arbor Non-Motorized Transportation Plan Update 2013 classifies this stretch as a "First Tier, In-Road Bicycle Facility Priority" (182). Just as important as this three block stretch is to a viable and connected bicycle network, this meeting will shape Ann Arbor's cycling future. We're on the cusp of change with discussions about cycle tracks on William and a Bicycle Boulevard on Washington. If we don't win here-- if low-demand parking wins over people--we lose more than just Pauline. 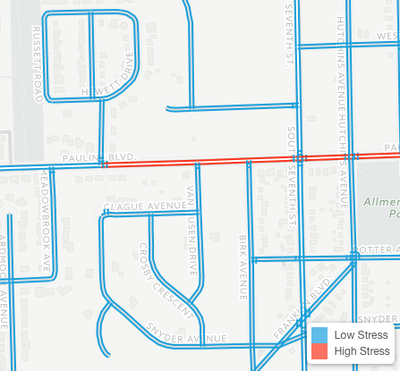 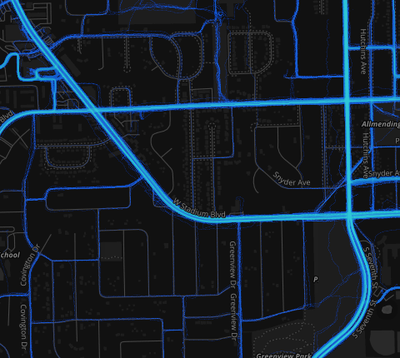 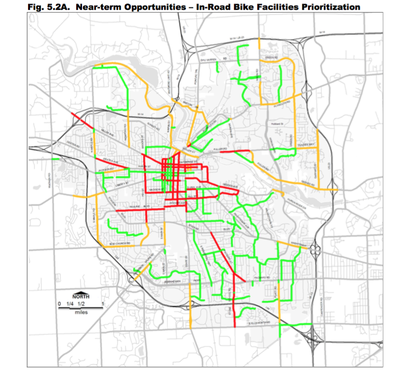 The single best thing you can do right now to impact the future of cycling in Ann Arbor is to attend this critical meeting, October 12th, from 6-8pm at Slauson Middle School. If you'd like to Bike Train to this meeting, with a quick trip on this section of Pauline along the way, join us at Kerrytown Market @ 5:15pm.

Video from the September 13th Transportation Commission can provide greater detail and context, if you're interested. You'll want to jump ahead to 14:13-19:00 and then again to 1:10:50 or so. Here's a link to the City's official call for a public meeting on the Pauline Water Main Project as well.

For further inquiries, reach out to us at bikewashtenaw@gmail.com

We hope to see you soon!
Bicycle Alliance of Washtenaw